A couple of weeks ago, I posted about a photo found in Hawaii that made it’s way back to me. Now I’ve heard from the gentleman who sent the photo to me, that he’s found another photo that might be related.

Remember I said someone has written on back of that photo, “George Breckhisen, some relative of my father Tillman Miller.” Well, now it appears there’s another photo at the Antique Shop that says something like, “Aunt ‘Cal’ sister, to my grandmother Amanda Miller.”

At first I figured it wasn’t related to the photo I received. After all, it was the George Brecheisen family! Then I remembered the little written blurb on the back about Tillman Miller. And got to wondering, is Amanda Miller possibly related to Tillman Miller?

Miller is a common last name. And I don’t have any Millers in my tree. How does one search for someone when you don’t know a date of birth, or a residence?

A search for Tillman Miller in Ancestry living in Michigan brought up a couple matches, but none with an Amanda in them. George Brecheisen lived in Michigan, but does that mean his relative, Tillman Miller, did also? Maybe not. Perhaps that’s why they had the photo, because they weren’t close to each other. And George wanted Tillman to see his family.

George was born in Ohio. So I did an Ancestry search for Tillman Miller in Ohio. F. Tillman Miller pops up in a 1880 census with a wife named Amanda. Hmmm, he was born in June, 1859, near the time of George’s birth of 1855. Is this possibly a relative? Perhaps a cousin?

With a few more clicks and searches in Ancestry, and some help from FamilySearch, I have now fleshed out this Tillman’s immediate family. But to determine if George and Tillman are related, I have to go up both Tillman and Amanda’s trees. I suspect Amanda’s maiden name may be Thompson, as a later census lists a brother-in-law named Thompson living with her and her husband. But I need more proof to back this up.

And what if Amanda is really Tillman’s mother? How do I know which female relative of Tillman’s this Amanda is?? I can’t really assume the same person wrote on the two different photos until I see the photo and compare the handwriting.

Have you ever had to start midstream, so to speak, in research? This is the first time I’ve tried to connect someone to a person in my tree without starting with something concrete. It’s a little disconcerting!

But I keep thinking about this other photo in Hawaii. It certainly deserves to be reunited with relatives. I can’t locate a tree in Ancestry with this Tillman Miller in it, at least not the Tillman Miller I found. And looking in FamilySearch under genealogies produces no trees whatsoever containing him.

Any suggestions, ideas, helpful tips? Or should I just leave the photo where it is, and hope it finds it’s way back to relatives eventually?

7 thoughts on “Photo from Hawaii, part 2” 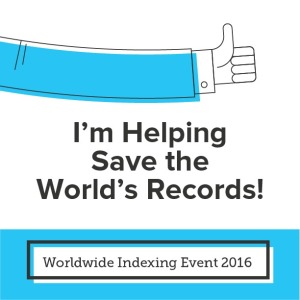 Genealogy on and off the Web